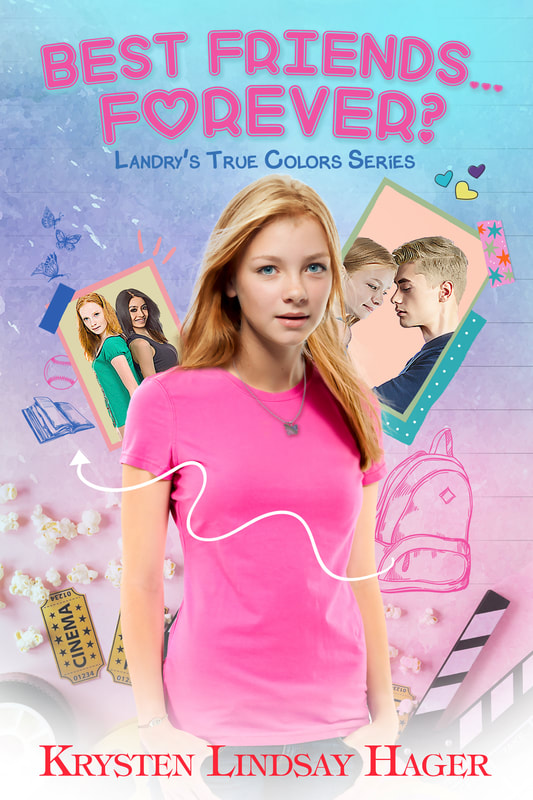 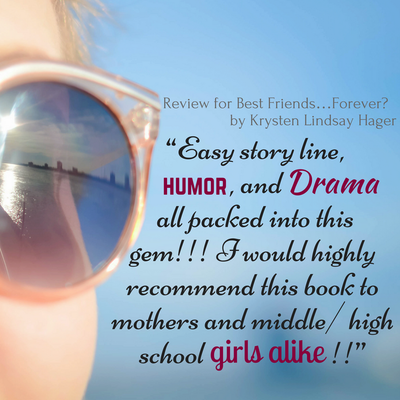 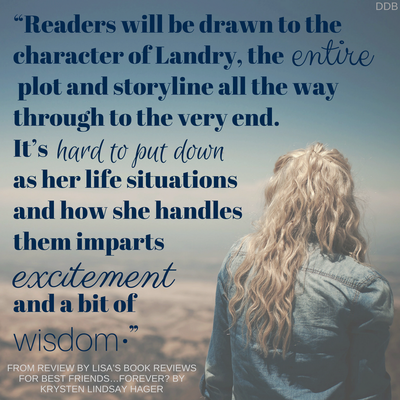 Good friends have your back, but some go behind it.

Landry Albright hopes the new year will start off in an amazing way—instead she has to deal with more frenemy issues, boy drama, and having most of her best friends make the cheerleading squad without her. Suddenly, it seems like all anyone can talk about is starting high school next year—something she finds terrifying.

Landry gets her first boyfriend, but then gets dumped just as things come to a head with her friends. She feels lost and left out, but finds good advice from what she considers an unlikely source. Landry learns to speak up for what’s right, tell the truth (even when it hurts), and how to get past the fear of failure as she gets another shot at competing in the American Ingénue modeling competition.

Check out her friend Devon's side of the story in her own interview here: http://kaistrand.blogspot.com/2015/04/building-character-with-devon-abrams.html 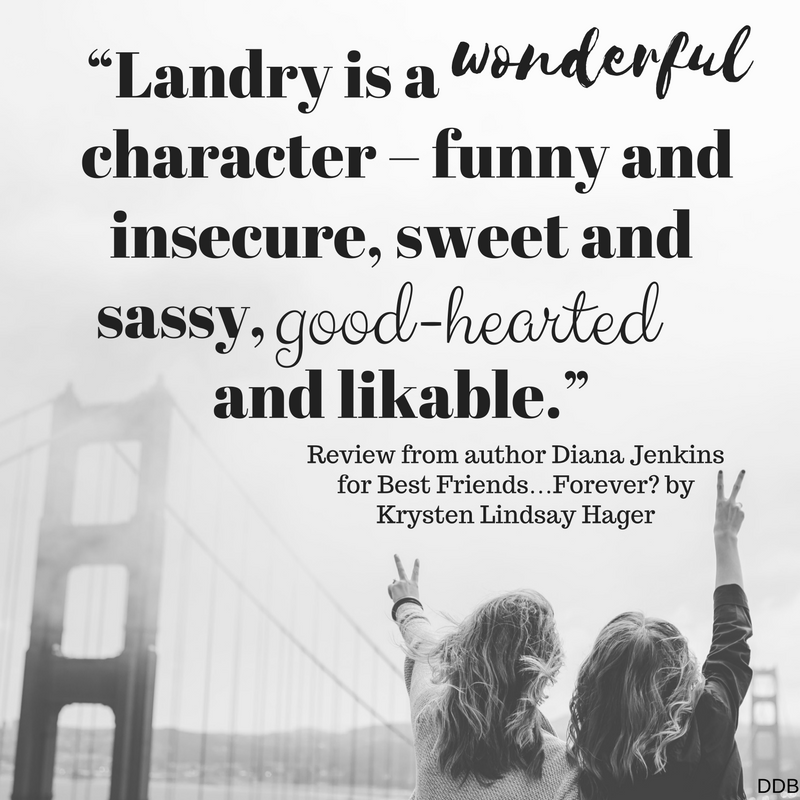 Best Friends...Forever? Playlist
​
Rachel Platten’s -Fight Song
This is a great empowering song for those times when you feel like you’re not enough and want to give up. This would be the perfect song for Landry to listen to as she deals with her fear of failing in front of her classmates and gets ready for the competition.

Becky G- Shower
The perfect first crush song. I can see Landry singing this in…where else? The shower!

Taylor Swift-You Belong With Me
I can imagine Landry singing this song in her head while she’s trying to figure out who her crush, Vladi, is really interested in.

Aaliyah- Journey to the Past
This song really embodies what both Landry and her mom have felt at different points in their lives. The line, “Heart don’t fail me now. Courage don’t desert me,” and also the line, “People always say life is full of choices. No one ever mentions fear,” really sums up a lot of what we all feel.

Katy Perry-Roar
An empowering song about speaking out after you’ve been quiet for so long. It sums up Landry’s feelings as she learns to speak up for herself.

Taylor Swift-Today was a Fairytale
This song would be perfect for Landry to listen to after Vladi asks her to be his girlfriend. Such a sweet song.

How Will I Know-Whitney Houston
I can totally see Landry dancing to this in her bedroom as she wonders if her crush likes her as more than a friend and then asking her best friends (Peyton and Ashanti) to decipher every text and email Vladi sends her. I’ve been a Whitney fan since I was a little girl, so I can imagine Landry and her mom would play Whitney’s music a lot at home.

Moriah Peters- Brave
Landry would play this song as sort of an anthem as she deals with her fear of failure.

Mariah Carey-Hero
The perfect song to listen to as you get ready to embark on something scary or challenging. In the book, Landry’s mom tells her about her own self-esteem issues and fear of failure and it’s the first time Landry realizes what her mom has had to deal with over the years. This song is one I can imagine Landry’s mom listening to years ago before she psyched herself up to go out into the business world and prove herself.

Pebbles-Girlfriend
This song is about a girl who tries to tell her friend she deserves a better boyfriend. I think this would be one song Landry would listen to when the girls deal with the doubts Yasmin’s tries to put in Landry’s head by making her think Vladi is interested in Yasmin and not Landry.

Boyce Avenue-Change Your Mind
The leader singer has this vulnerability to his voice and so do the lyrics. It really fits what you feel right after a breakup. This song helped me get into the mood to write the scenes with Vladi and Landry when she wants to be back together with him.

Mariah Carey’s-Can’t Let Go
I was in the grocery store when they started playing this song and it was such a sad, desperate song that really got to me (as I shopped for soap). I hadn’t heard it in years, but I came home and downloaded it onto my ipod and put it on repeat to get in the right mood for the breakup scene.  My husband officially hates this song now due to my overplaying it.